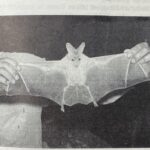 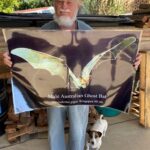 This iconic animal is endemic to Australia and is our largest micro-bat
with a wingspan of 60 cm! That is to say, despite its size, it is not a
mega-bat, and so is not a member of the Flying Fox group. It is the
world’s 3rd largest micro-bat. 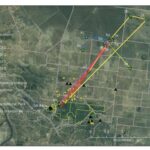 Abstract. The ghost bat, Macroderma gigas, colony at Mount Etna was at the centre of Australia’s longest-running conservation campaign. To protect the colony the Queensland Government removed recreational facilities and gated caves.
The size and genetic diversity of the Mount Etna M. gigas population were estimated using cave searches, direct captures and molecular analysis to determine whether these actions have benefitted the species. In addition, telemetry was undertaken and red fox, Vulpes vulpes, scats analysed to identify possible threats. Results suggest that the population has declined by 79% since the late 1990s, has low microsatellite diversity, low effective population size (Ne) and is undergoing a population bottleneck. VHF- and GPS-collared animals were found to forage over agricultural land up to 11.8 km from their daytime roost, suggesting that poor land management and barbed-wire fences could be potential threats. No ghost bat remains were found in fox scats. We recommend that compliance be increased around Johansen’s Cave to reduce disturbance during the maternity season and landholders be encouraged to undertake management that is sympathetic to ghost bats. 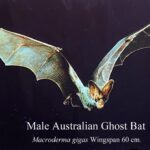 Thank you for your recent enquiry relating to the protection of the Australian Ghost Bat.
We understand that you are interested in seeking advice with respect to improving the protection
of the Australia Ghost Bat (macroderma giga), which is currently threatened.
Specifically, we understand that you are seeking advice regarding the following:
1. Can we confirm whether the Ghost Bats listed as threatened / protected species at
Queensland and Commonwealth levels?
2. How can you request that the Ghost Bats be escalated on threatened / protected species
lists at Queensland and Commonwealth levels? 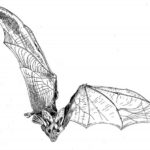 The Minister approved this conservation advice and included this species in the Vulnerable category, effective from 5 May 2016 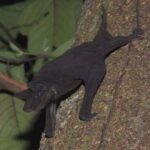 The naked bulldog bat, Cheiromeles torquatus Horsfield, 1824, belongs to the insectivorous bat family, Molossidae, commonly referred to as the free-tailed bats. One of the most recognizable traits of molossid bats is their long tail, which extends well beyond the interfemoral membrane, hence the common name for the family. Other vernacular names applied to the naked bulldog bat include: the greater naked bat, the giant naked bat, the hairless bat, ‘kelasar besar’―Malay, ‘kelawar batin’—Malay, ‘batin kelasar’―Malay. Currently, there are two species recognized in the genus Cheiromeles Horsfield; namely the type species itself, Cheiromeles torquatus(type locality: Penang, Malaysia) and Cheiromeles parvidens (type locality: Sulawesi, Indonesia). Confined to Southeast Asia, the naked bulldog bat has a typical Sundaic distribution, having been recorded from Peninsular Thailand and Malaysia, Sumatra, Java, Borneo, Palawan, and adjacent islands.